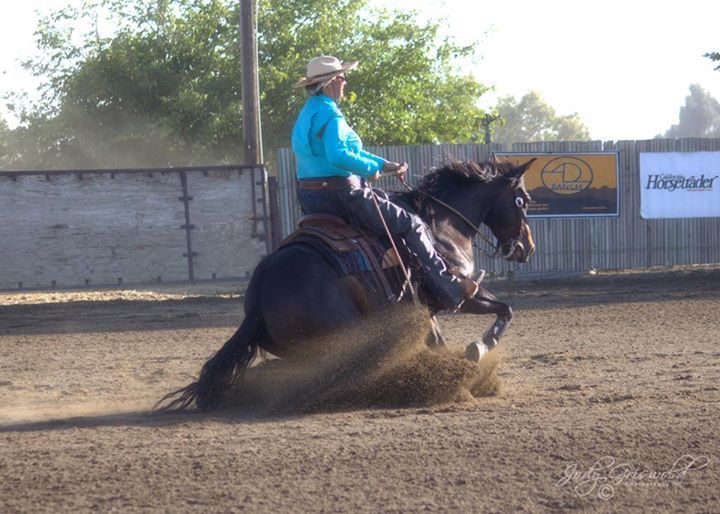 Sliderman is by Topsails Rien Maker  (LTE $371K and 3X Worlds Greatest Horseman) and out of a very good Hollywoord Dun It mare. Like his daddy, the Sliderman is a super versatile horse.  He loves his job as a non pro bridle horse, all around trail horse and even excels at cowboy dressage. He won an NRCHA Green As Grass class the first time being shown as an amatuer. We have used him at brandings and to gather cattle. He has been roped off of and has seen hundreds of trail miles. Sliderman has been a great teacher for his current owner. He is well broke, very feely and fun to ride. Clean X-rays taken July 2017. They available for veiwing with Dr. Colter Negranti.